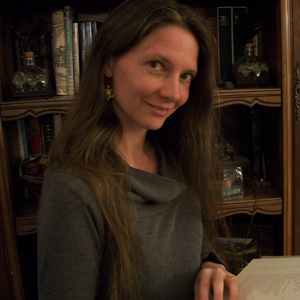 I’ve lived in a lot of places. Let me count the states—Wisconsin, Michigan, Washington, Pennsylvania, Oklahoma. Almost Montana, though I don’t think I was ever officially a resident. That makes east, west, north, and south. So here’s how Vermont stacks up.

Snow: Lots! Skiing is a tourist industry here. And they sure do know how to do snow removal. A+. After living in a city where they mostly just wait for it to melt, it’s lovely to see so many plows out, intersections properly treated, and everyone driving sensibly in the snow.

Stores: They don’t believe in big chain stores in Vermont. Buying local seems to amount to a religion. We saw one Walmart, in Rutland. Nearly every little town has a co-op, and there are lots of farmers’ markets. Mom and pop stores everywhere. This will probably make shopping for some things harder, and we might have to mail order more stuff. But we do a lot of that anyway.

Churches: There are lots of Episcopal churches in this part of the world, so that’s good. We’ll be able to find one nearby no matter where we end up. We went to the one in Manchester on Sunday. It didn’t have as many kids as the one we’re going to now in Shawnee, and skewed a bit older. But they were doing community outreach, with Christmas food for the local needy. The number of churches of all types with rainbow signs or “All are welcome” messages is very encouraging.

People: Ruth said this is the first place we might live where she doesn’t stand out. Usually people comment on her artistic style of dress, but here there are so many artistic people. My mama would have fit in here. Lots of parkas and hand-knit hats. Lots of spry older ladies with salt-and-pepper hair wearing sensible boots and getting things done. Some of the places we’ve visited are more hippie, some more tourist-y, some more working class. But everyone seems to care about local farmers, and the environment, and that people should have the freedom to create home businesses and hang their laundry on clotheslines. Seriously. One realtor showed us a law that was just passed to guarantee people the right to use clotheslines.

Diversity: It’s very white here. That seems both weird and a little cheat-y. Would I like it so much if I weren’t white? I don’t know. It’s also very queer. See the previously-mentioned rainbows. And no one so far has batted an eyelash at Ruth introducing me as “my wife.” We don’t do that in Shawnee, mostly. When we visit big cities for shows we hold hands sometimes. Here, we could hold mittens whenever we wanted.

Arts: Lots! Every sizable town has had galleries featuring local artists and crafters. Lots of nice pottery, and some lovely glasswork and iron. In paintings, crows feature prominently, instead of Oklahoma’s horses. Lots of natural world motifs. Not as much Native American imagery. Making art using local materials and renewable energy sources is popular. In many ways the arts scene here reminds me of the one in Bellingham, Washington. Local, quirky.

Natural disasters: In Washington we lived on the slopes of Mt. Baker, and had the occasional earthquake. Wisconsin had tornadoes, and Oklahoma had them far worse. Oklahoma also had an increasing number of earthquakes. The worst they get in Vermont seems to be blizzards and the occasional river flooding when the remnants of a hurricane come through. Evidently Irene messed up a lot of people’s basements. Localities take their flood zone maps seriously.

Nerds: A promising number of gaming stores, including a surprising one on Main Street Springfield, where basically all the other stores had closed. Most communities have a local bookshop or two, many of which have a nerdy vibe or sell geeky merchandise. Otherwise, it’s a little hard to tell without a deeper investigation.